If you are a fan of electric scooters, then we are certain you would have heard of or even used the Xiaomi M365 Electric Scooter. This is an excellent electric scooter with fantastic specs that make it ideal for traveling short distances, such as a trip to the corner store or to the library.

The company has put quite a few upgrades to its second-generation scooter. The new model is ideal for people who are looking to travel slightly longer distances and features a better battery too. Now, don’t get ahead of yourself just yet, and allow us to review it in detail below. 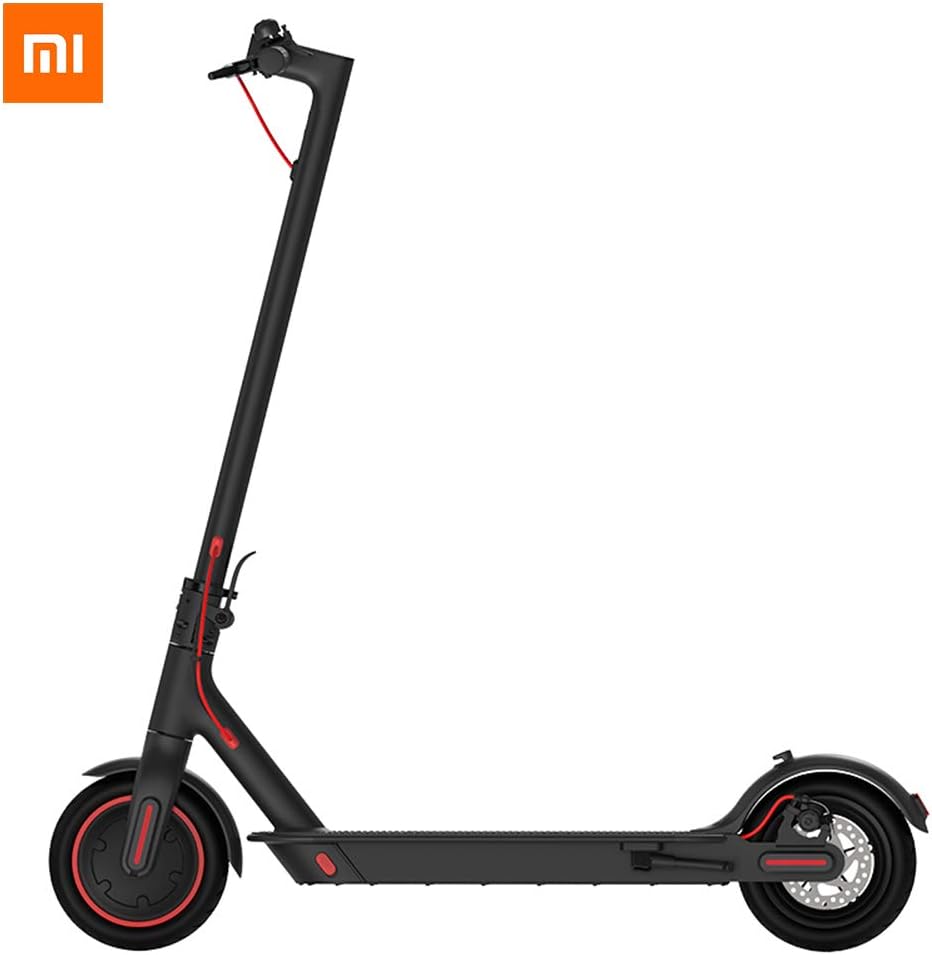 Xiaomi Corporation is an electronics company headquartered in Beijing, China. The company began its operations back in 2010. The company became extremely popular in China after they released their first smartphone in August of 2011.

While the brand is primarily known for its wide range of high-quality, affordable smartphones, they also manufacture mobile accessories, wearables, speakers, televisions, laptops, smart devices, electric scooters, and much more.

The Xiaomi PRO M365 Electric Scooter is a simple and easy-to-use scooter that is ideal for people looking to travel short distances. While this scooter may look like a toy, it is certainly far sturdier than one.

Furthermore, you’ll be thrilled to know that this scooter is backed with some highly impressive features that you will surely like. Let’s shed some light on some of its features.

The Xiaomi PRO Electric Scooter comes in a slightly larger box than its predecessor. The box’s dimensions are 111 by 15 by 51 centimeters and weigh roughly about 40 pounds.

Inside the box, you will find the folded scooter, a steering wheel with a screen, a hose for pumping the wheels, a charging adapter, and a hex key.

The Xiaomi MI M365 PRO Electric Scooter has a good built quality. Its aluminum body is quite massive, and the adjustment system itself is quite durable and comes equipped with effective protection.

The scooter’s frame is thick and wide. It comes covered with a rubber coating that has anti-skid elements. The wheels are 8.5 inches in diameter and are strong. We were impressed with the scooter’s disc brake as well. There is also an in-built screen which shows the charge level, speed, and distance.

The scooter has an impressive maximum distance of 28 miles. Its maximum speed is 15.5 mph. It also works well on mountain areas as it comes with a powerful 600W engine and a maximum incline of 15 degrees that overcomes the climbs.

There is an LED lamp in white at the front. This illuminates the road well during nighttime. On the back, the red LED is also bright and highly visible.

While there is a small screen on the scooter, you can also access additional functions via your smartphone through the scooter’s mobile application. There, you will find a ton of information regarding your scooter, including the capacity of the battery, the kilometers traveled, and more.

If you wish to attach your smartphone to the scooter, you can simply buy the special holder from the company itself. This helps in tracking the technical condition of the scooter in real time.

What we also liked is the anti-theft feature. Upon activating it via Bluetooth, the scooter’s movement is blocked, the motor brake gets activated, and it will constantly beep.

We tested and found that the battery does offer 28 miles on a single charge if you ride on the eco-mode. If you choose to go faster, it will offer a maximum of 22-23 miles. The battery can be easily charged with its cable. It takes around nine hours to charge fully. 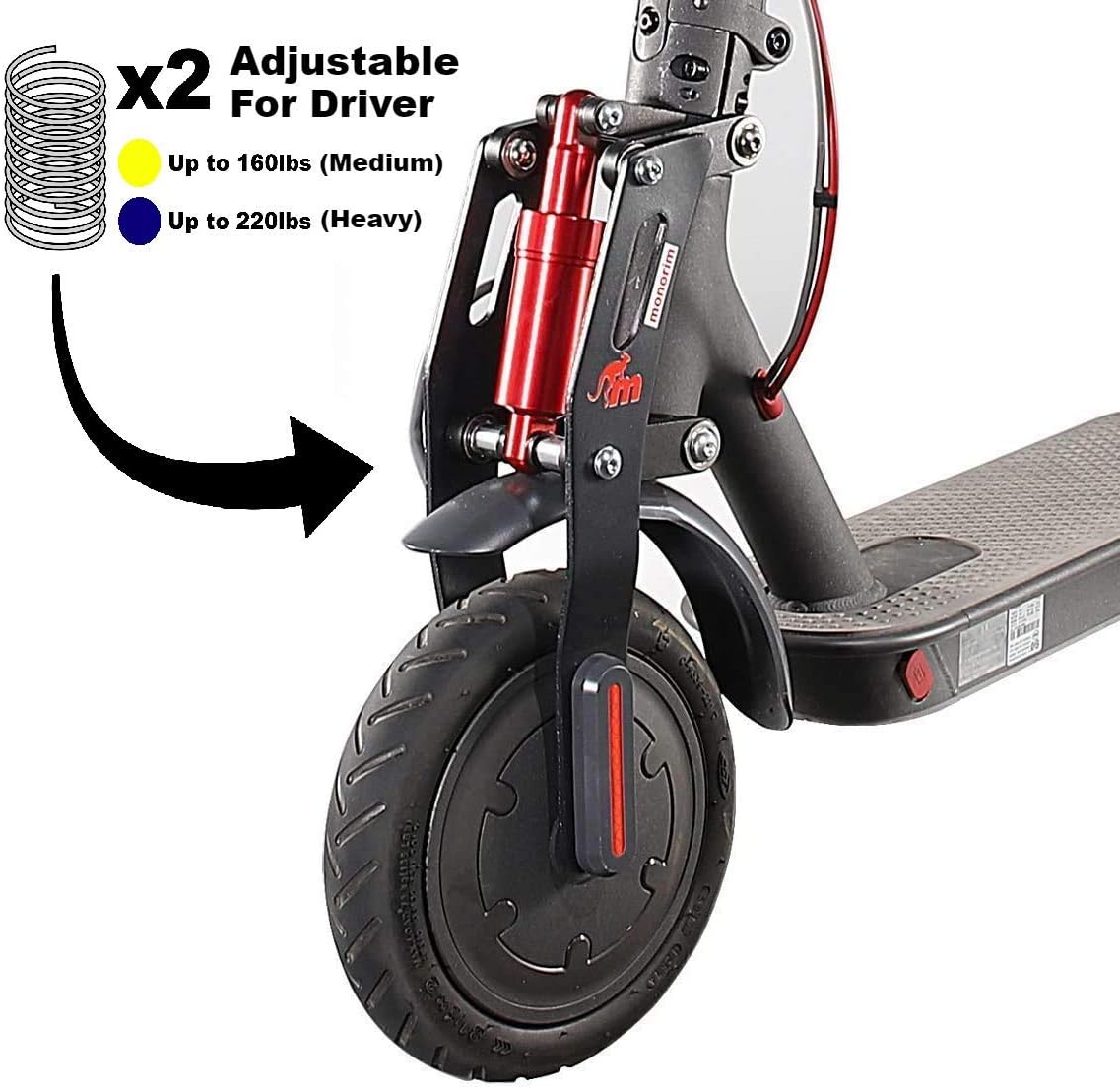 See How to install Suspension


Summary of the Features

The Xiaomi M365 PRO Electric Scooter is a brilliant upgrade compared to its predecessor. It features a fantastic built with a simple design, and it comes with a powerful engine and a fantastic battery life.

This electric scooter offers a brilliant maximum distance of 28 miles of eco-mode and about 23 miles on regular mode. This scooter is an excellent product for those living in a crowded city and needs to get by close distances. For starters, the Xiaomi M365 PRO has a significantly better built. It comes with a disc brake system too, which its Inokim counterpart lacks.

Furthermore, the Xiaomi PRO has larger wheels, a more powerful engine, and a far more superior battery life. The Inokim Mini 2 scooter does not have an app either, thus making Xiaomi a better choice to commute.

We recommend you buy the Xiaomi MI M365 PRO Electric Scooter if you need to travel short distances around a crowded city. This scooter boasts excellent responsiveness, ease of management, and maneuverability.

The Xiaomi MI PRO M365 is a strong and well-built product that is equipped with a highly impressive engine and battery life. It is easy to use, and its strong built ensures that it will last for a long time.